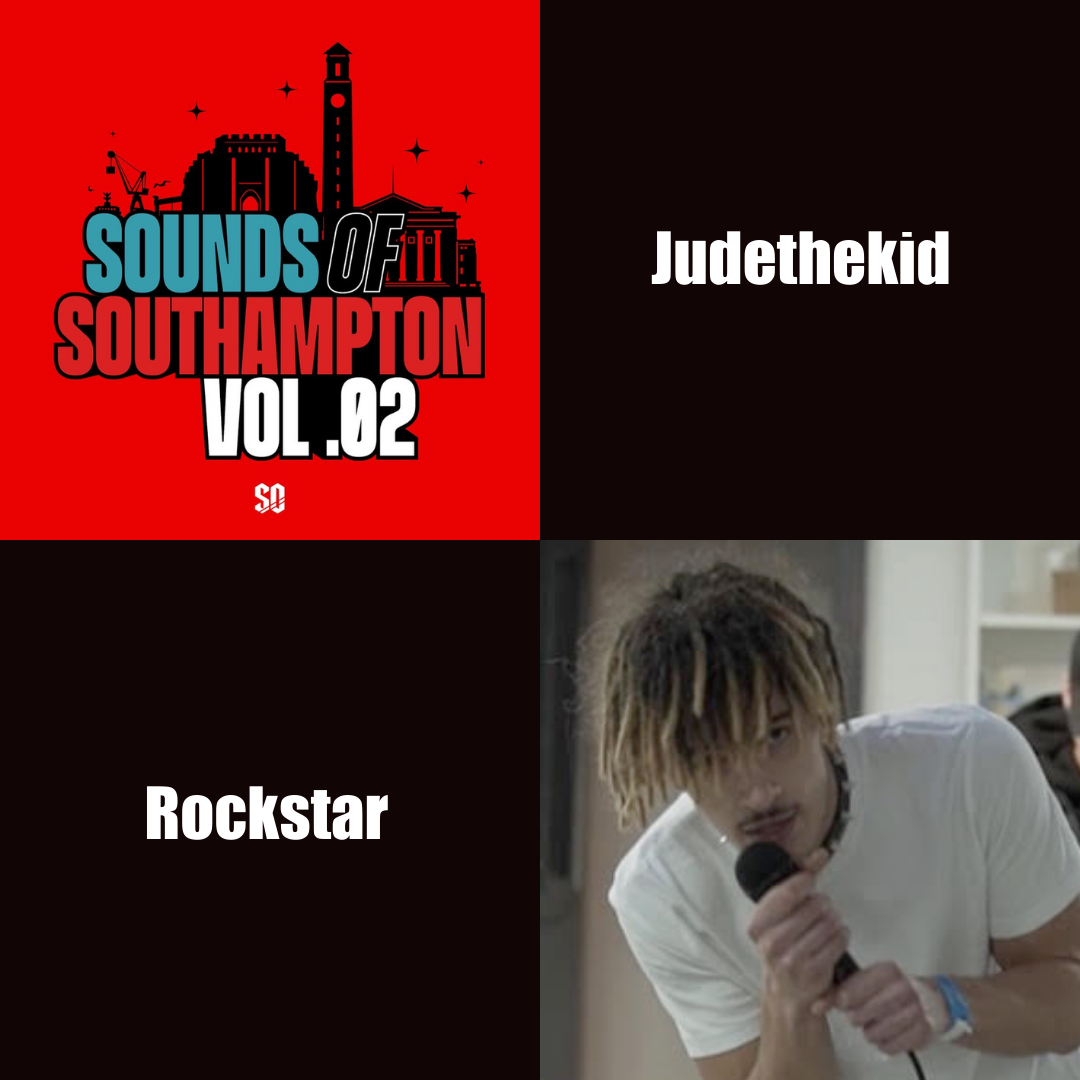 Today in our series profiling the fantastic Sounds of Southampton Vol 2 artists, we meet Judethekid

SoCo: Hey, hello. So first of all, can you tell me your name?

SoCo: And your track?

SoCo: Great. Thanks. So – can you tell me about any particular skills you think you’ve developed through being involved in the project?

Jude: Yes, It’s given me a lot of confidence. There’s a first time for everything. But it’s giving me confidence, by learning. I know more about things like doing a video shoot, going to the studio – I’ve had the opportunity to do things which to take time to sort out and do by yourself. And yeah, I got to perform live today, for the first time

SoCo: That was your first live performance? Wow! How was it?

Jude: It was sick. smiles it was really good, it’s buzzing

SoCo: Great, thanks. So, do you think that project has helped you to express yourself more through your music?

Jude: Yeah. I’ve done music before. But you know, music is a good way to channel and express emotions. Even if you treat it like an alter ego, something like that, music is the one, the thing. I’ve struggled with some mental health issues, depression and anxiety, and music helps me with that, it helps get things off your chest, it just gives you an outlet that might not have otherwise. You might not be a sporty person, you might not have the opportunity to play football even if you like it, but music is the one thing that you can do in your comfort zone, and being part of this project, has helped me with that.

SoCo: That’s great. And do you think that, as far as your music goes, that it’s helped you progress as well?

Jude: Yeah, this can only be progress because it was my first single, and it’s on the compilation album which I’m proud to be on. It’s got some good artists and different genres of music. It’s a good album. And it’s great that it got released and distributed by you guys, it’s easier than just doing it yourself, because the whole process of going through a distribution company means them taking percentages off and doing all these different things that costs money, and it this takes time as well.  So being part of this project, and recording and releasing this single, it will get my music heard, it will get my song out there. It can only go up from here.

SoCo: That’s great. So you spoke a little bit about how music helps you mentally. Do you think that’s been part of this project too? Has it helped you to be in a more positive emotional state?

SoCo:  So do you think it helps you have a bit more of a positive outlook, does it make you feel more optimistic about the future?

Jude: Yeah, because I like to make music to, to be able to talk to others in the future. I know I’ve been in dark places and listened to music, loads of different artists and genres, and the lyrics can that speak to you. And ultimately, it’s nice to know that you’re not alone going through something, you know other people are going through it. I want to get through to people through my music in the future.

SoCo: So it speaks to you and you know that you can speak to other people. That’s great. Do you think the project has helped you feel more focused on your music, more able to set goals?

Jude: Yes, because I’ve realised how quickly things can happen. I mean, I went to the studio and recorded in October and it’s December now – two months – and it could have been quicker if we wanted it to be. It’s shown me that you can get things done, you can get music out there, it can be quick. It’s just about how much effort you put into it and how much more vision you have. Being part of this project has helped motivate me to release more music in the future.

SoCo:  Great. Do you have any other thoughts or ideas or feedback about the project?

Jude: I’m really happy to be on the album. All the artists are worth giving a listen to. There’s obviously some songs you might like more just because there are loads of different genres. But every artist has given their own way on their track. There’s some dancey songs, some clubby songs, and then some sadder ones. Then there’s more like rap and drill songs, a real variety

SoCo: Cool. And what’s what’s next for you? What are what do you think would help you in your next steps?

Jude: laughs Money so I can go the studio, do more video shoots. A lot of it is money, and that’s why this product is good, because it’s given kids that might just be bored in their room, or might not be having a good life, something positive to do. A 13 year old, or 14 or 15, even 16 or 17 year old, or even an 18 02 20 year old might not have the spare money to go and say I want to go to the studio, I want to go and make a video. You know, so it’s good. But what I want to do in the future is make an EP, go and record some more songs in studio, or just record at home and get them mixed and mastered in the studio, it’s easier and quicker that way. I just want to make more music and get my music heard.

SoCo: Ok, so in some ways, the money is about giving you access to studio time, videographer time, stuff like that.

Jude: Yeah, I mean, it depends what you’re doing music for. Some people who want to make it big and famous, they might put money into that themselves, find any way to promote, pay for adverts and things like that. And that’s how a lot of people blow up. But music isn’t just about money. It’s about doing something that you love and enjoy. I love and enjoy music. Making a song gives me that good feeling once the song is finished. It gives me the feeling that I’ve completed something,

SoCo:  That sense of achievement, yeah. Where do you think you’d be if it wasn’t for your music?

Jude: shrug I don’t know. I’m into sports, but because of my personal situation, it’s hard for me to attend sports, football, like basketbalI like sports, but it’s hard for me to do that. And music is something you can do in the comfort of your own home or by going to the studio. So it just gives you more of that freedom. You know, you can sit in a room and play a keyboard or a guitar. That’s music. There’s the whole spectrum of music. It’s not just that one thing,

SoCo:  So, it gives you something positive to focus on.

Jude : Yeah, now football you have to go outside and kick a ball but you obviously want to play in a team, and that costs money. You have to get to places there. It’s just easier for me to make music in my current situation. I love music because music I’ve listened to has helped me and I want to help other people with the music I’m making as well

Listen to  Judethekid’s track on Spotify here, and connect with him on Instagram here